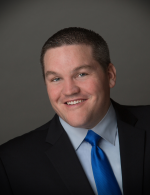 Clint Claypole was born and raised in Enid. He is a third generation graduate of Enid High School and decided to remain in Northwest Oklahoma for his post-secondary education, obtaining his undergraduate degree from Northwestern Oklahoma State University. He then obtained his Juris Doctor from the University Of Oklahoma College Of Law. He began to distinguish himself as a courtroom advocate while in law school. He won the class wide 1L moot court competition his first year of law school and then won the Calvert school wide competition his second year of law school. In addition to his awards at OU, he distinguished himself on the national level by being named the best competitor at the William B. Spong National Invitational Moot Court Competition at the College of William and Mary in Williamsburg, Virginia. He was inducted into the National Order of the Barristers his last year of law school, an honor reserved for the top court room advocates in the nation. Throughout law school he spent his “free time” working as a licensed legal intern at Durbin, Larimore & Bialick in Oklahoma City.

Upon graduation from law school, Clint made the decision to return to Enid and serve the community where he grew up, joining the firm of Field, Trojan & Long, P.C. which was later renamed Field, Trojan, Long & Claypole, P.C.  In 2016, Clint, Randy Long and Terri Blakley formed Long, Claypole & Blakley Law, PLC.

Clint’s represents individuals and businesses in a variety of matters including litigation, business formation, business transactions, estate planning, probate, regulatory matters, criminal defense, personal injury and disputes with insurers. He is licensed to practice in all state and federal courts in Oklahoma. His primary focus is litigation where he has represented individuals, businesses, banking institutions and insurers both as a Plaintiff and a Defendant in the most simple of small claims cases to complex multi-party, multi-million dollar disputes in state and federal court. His skill and advocacy has been recognized by his local and statewide peers. He was named the Garfield County Bar Association Outstanding Young Lawyer in 2014. He has been named by Super Lawyers Magazine as Rising Star every year since 2014. Being selected to Rising Stars is limited to a small number of attorneys in each state. As one of the few attorneys to garner the distinction of Rising Stars, he has earned the respect of peers as one of the top-rated attorneys in the nation.

Clint also serves the community as a board member for several nonprofits and is a member, board member and officer of the Enid Kiwanis Club that maintains and runs the amusement rides at Meadowlake Park raising money for local child related causes. Clint and his wife McKiesha have two daughters. When he is not busy representing clients he enjoys relaxing with his family on a camping trip or at the beach, watching football with his close friends, trout fishing or elk hunting.